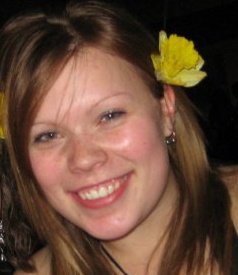 . Her pickup truck and tent were found at a campsite 25 kilometres southeast of Vanderhoof. — Submitted photo

What happened to Madison Scott remains a sad mystery, almost two years after the Vanderhoof woman disappeared after camping at Hogsback Lake, 25 kilometres southeast of her hometown.

Family, friends and the general public are being invited to a search of the area Saturday, May 25, which is as close as possible to the May 28, 2011 weekend when the 20-year-old went to a party and was last seen at around 3 a.m.

Her off-white, early 1990s Ford F-150 pickup and two-tone blue tent were left at the lake but, despite an extensive search, no other trace was ever found of Scott, who is Caucasian, stands 5-foot-4, weighs 170 pounds and has ginger-coloured hair.

Saturday’s search is the second On The Trail to Find Maddy Poker Ride, which is a competition divided into divisions for walkers, quad all-terrain vehicles and horses who go through checkpoints to assemble poker hands.

Wayne Woods, one of the event’s organizers and a friend of Maddy’s parents Eldon and Dawn Scott, said the area has been searched extensively already, “but everyone is asked to keep their eyes open” for any clues.

The event is more about keeping the hunt for Maddy in the public’s awareness, according to Woods.

“The message we’re trying to get out there is that if anyone has any information — we’re just trying to keep it foremost in people’s minds — that they need to come forward with it,” said Woods.

“Even if it’s a small detail, it can turn into something relevant,” he said. “We haven’t given up hope that she’ll be found and we’re not going to stop looking.”

While the area is remote, it’s not immune to problems — but not like Maddy vanishing.

“Things have happened, for sure,” conceded Woods. “But not like this, where there’s been just no answers at all.”

Her disappearance is still a concern for the community.

“In a small town, normally when something happens you hear rumours and people talk, and what not,” said Woods. “But there just hasn’t been a whisper about anything about Madison.

“It’s like she disappeared and no one knows anything,” he said.

A video re-enactment of the story was done by RCMP, and Maddy’s disappearance was included in a documentary on the Highway of Tears, the route between Prince George and Prince Rupert along which 18 women have gone missing or been murdered.

Maddy was even part of CBS television’s 48 Hours focus on the Highway of Tears, although Woods said neither the family nor police believe she is part of that tragedy.