The search for Madison Scott is shifting gears, but it goes on. 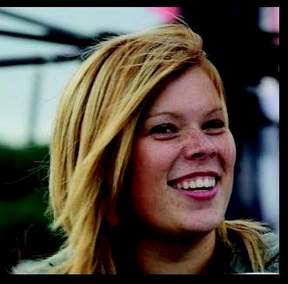 The grid search has been halted around the area at Hogsback Lake near Vanderhoof where the 20-year-old was last seen.

Both land and water were scoured by family, friends and Search and Rescue personnel working with the RCMP but came to no conclusions.

“The police are still very much involved, they have told us this is a priority for them so they are working all the avenues they can find to reach a positive conclusion in this terribly sad time we are going through,” said Thiessen.

Interviews are the focus of police activity right now. Everyone is being spoken to who was at the parties Friday and Saturday nights at the Hogsback Lake campsite, anyone who was travelling in the vicinity, anyone who talked to Scott prior to her departure for the campsite on Friday, anyone who has the smallest piece of the puzzle.

“We must consider all possibilities,” said RCMP provincial spokesman Sgt. Rob Vermeulen. “We are trying to piece together her movements, and that means needing to contact anyone who might be able to give us a clue.”

The Mounties have added another layer of policing with the North District Major Crime Unit.

“It is better to call them in early than late, but no we do not have any indication that a crime has been committed,” said Vermeulen.

“If they are part of the process right away, it helps. They are certainly great interviewers and have a lot of skills that can be useful right now. They are an excellent resource.”

Scott was last seen at about 3 a.m

. Saturday morning at a party at the Hogsback Lake forestry campsite.

She had pitched her tent there earlier on Friday, and police easily located that and her pickup truck, but there was no sign of the young woman.

Funds are being gathered to help a private search continue in the area. A statement issued on Facebook said “Anyone wishing to contribute to the search efforts for Madison Scott can donate to the Madison Scott Search Fund at any Credit Union account #80234286. Donations will be used to fund the helicopter search and are greatly appreciated.”

Thiessen said the efforts to help find Scott are coming from near and far.

“We really appreciate the RCMP’s commitment to this, and all the hard work done by all the Search and Rescue groups from the outlying communities as well, they all came together to help us,” said Thiessen.

Scott is known well around Vanderhoof. The 20-year-old grad of Nechako Valley secondary school is part of a large extended family that has deep roots in the Omineca town.

“The Scott family has been a huge part of our community for a very, very long time,” said mayor Gerry Thiessen. “Not only are they involved in the community, they have given a lot to our community, really stuck with our community through some tough economic times. So this is a very tough time for them and for everyone in Vanderhoof.”

The family’s community connections are tied to iconic town businesses like L&M Lumber and Scott Foods.

Madison herself is a popular life-long resident of the town. She keeps busy with summer and winter sports of all kinds, is an avid motorcycle rider, she has a nose ring and a wrist tattoo of a bird, and is described by those who know her as someone who grabs life with both hands and smiles for the whole ride.

Thiessen said the whole town, and many neighbouring people, rallied to Hogsback Lake for the search effort as soon as it was announced Sunday that she was missing. “There was an overwhelming response,” he said, and now that continues as the mystery deepens.

A Facebook page, Help Find Madison Scott, has been set up to draw attention to her mystery.