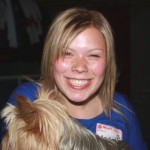 Madison Scott, 20, was last seen on Saturday May 28th out at Hogsback Lake, just south of Vanderhoof, which is located in northern B.C. along Highway 16. Photograph by: Handout, RCMP

The anguished parents of Madison Scott of Vanderhoof have increased the reward to $25,000 on the third-month anniversary of their 20-year-old daughter going missing.

The parents had previously offered a reward of $15,000.

“We’re hoping it will generate more information,” RCMP Sgt. Rob Vermeulen said of the boost in the reward.

The investigation so far has generated 780 tasks and there still are about 50 remaining, but police still are seeking information that might solve the mysterious disappearance of Scott, who was last seen at 3 a.m. on May 28 at Hogsback Lake, about 25 kilometres south of Vanderhoof.

“Investigators believe that additional information is out there that will be useful as they continue to try to piece together Madison’s movements and actions prior to disappearing,” Vermeulen said.

“It’s very likely that not everyone at Hogsback Lake that weekend Madison disappeared has come forward yet, or has provided us with all the information we need.”

So far, there has been no evidence of foul play but investigators cannot rule out the possibility as time goes on with no sightings of Scott or contact with her family, Vermeulen said.

An extensive search was launched May 29, when Scott failed to return home from a party at the lake.

At its peak, more than 150 search and rescue personnel and volunteers from Vanderhoof and neighbouring communities conducted air, land and water searches of the area.

Police found her tent and pickup truck, but the investigation has determined that there are two items that have yet to be recovered that may assist in locating Scott: her new iPhone 4 that had a bluish green or turquoise shell/skin cover, and her large bundle of keys, which has a Ford truck key on it.

The keys may or may not be on a black gothic-themed lanyard, police said.

Scott’s disappearance is being investigated by the North District Crime Unit, which has been in contact with E-Pana investigators, who are investigating murders and disappearances along Highway 16, the so-called Highway of Tears that runs through Vanderhoof.

Days after Scott disappeared, her parents, Dawn and Eldon Scott, issued a statement saying: “We love our daughter, we need her back home, we need to find her. Please help us. Thank-you.”

The parents described Maddy as a “beautiful, caring and loving daughter, sister and friend” who loves sports and photography, has a great sense of humour and loves to socialize with family and friends.

They said it was important for anyone with any information to come forward and speak to police.

Vanderhoof Mayor Gerry Thiessen said the search for the missing young women has been both hopeful and emotionally disappointing.

“Everywhere in town, on cars or business windows, there are posters looking for Madison,” the mayor said in a statement Thursday.

“I get calls from residents on summer vacation hoping that there is something new to report, something that will help us find her

. Now it’s time for both Madison and the Scott family, that those with information come forward and talk to the RCMP.”

Read more at The Vancouver Sun: